The ansible-galaxy install command can be used to: 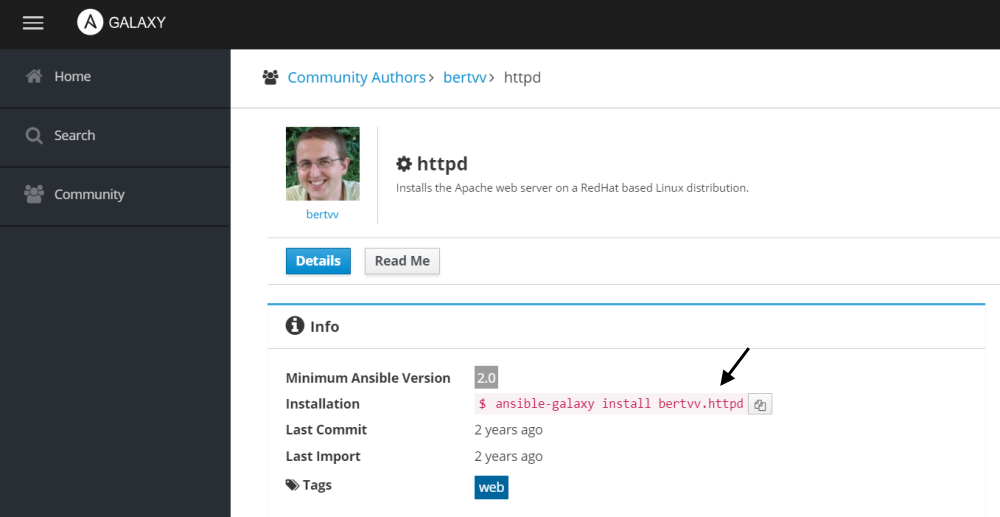 Here is what the install command should produce.

The -r or --role-file option would then be used to install the roles listed in the YAML file.

Optionally, a specific version of a role can be specified.

Optionally, you can specify where the role should be downloaded from, such as from github.com instead of galaxy.ansible.com. When "scm" (Secure Content Management) is not include, scm will default to git, thus there isn't a need to include scm when the source is Git.

However, if the source is BitBucket, then scm must be set to hg.

Or you can download a TAR archive of a role from a web server.

Or, the -p or --roles-path option can be used to specify where the role should be extracted to.