Ansible - Getting Started with the Dynamic Inventory

Tasks are run against managed nodes, also known as hosts. 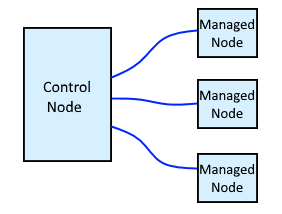 After a clean install of Ansible, inventory in ansible.cfg is commented out, like this.

In this scenario, the default hosts file is /etc/ansible/hosts, and the default hosts file is completely commented out. If you were to issue command ansible all -m ping, the following would be displayed. Likewise, if you were to uncomment inventory in ansible.cfg without defining your inventory, the following would be displayed.

By default, enable_plugins in /etc/ansible/ansible.cfg is commented out, like this.

The plugins that can be used will be found at /usr/lib/python<version>/site-packages/ansible/plugins/inventory.

Likewise, the ansible-doc command can be used to gather more information on the plugins found at /usr/lib/python<version>/site-packages/ansible/plugins/inventory.

Let's say you want to learn about "host_list". The -s or --snippet option can be used.

In this example, you would create a YAML file. The filename can be anything, but must have the .yml or .yaml extension.

In the newly created file, you will add plugin: plugin_name. Here are a few examples.

Probably the easist of these to demonstrate is the yaml plugin. Let's say inventory.yaml contains the following.

The ansible command with the --list-hosts flag can be used to determine if things are working as expected.